“Trace the evolution of the principle of direct effect of EU law, and critically assess its influence on the protection of individual rights".

The topic that is dealt with in the following essay is one which is central to EU law and poses several complexities. The definition of direct effect arises from the case of Van Gend en Loos and is expressed as the principle which allows for individuals to immediately challenge a European provision before a national or European court. Through the course of this essay, the evolution of the principle of direct effect of EU law will be traced and its effectiveness, if any, on the protection of individuals rights will be scrutinised.

The term ‘direct effect’ was first coined in the judgment of the landmark case of Van Gend en Loos in 1963. It was in this case that the basis for direct effect was laid down. Van GendEn Loos had been charged with an import duty on the chemicals imported from Germany by Dutch authorities. It was argued that this was in breach of Article 30 of the Treaty on the Functioning of the European Union (hereinafter referred to as TFEU) which prohibits an increase in customs duties between member states. The European Court of Justice (hereinafter referred to as ECJ) then had to determine whether an individual could depend on EU law before a national court and this was in fact accepted. This in turn made clearer that in a situation where there is conflict between EU law and national legislation that EU law will prove more superior. This was majorly addressed in the case of Costa v ENEL. The development of the Van Gend en Loos case also laid down necessary criteria for individuals wishing to implement the doctrine. Treaty Articles would be accorded direct effect so long as they were: clear and precise, unconditional and not dependent upon any further implementing measures. Pierre Pescatore, a well-respected and former judge of the court, comments that, ‘the Treaty has created a Community not only of states but also of peoples and persons and that therefore not only Member States but also individuals must be visualised as being subject of Community Law’.

It was clear in the Van Gend case that an individual could use direct effect vertically, against the state (emanation of the state). However, a little later the ECJ confirmed that Treaty Articles could also have horizontal direct effect, the aim of which was to place obligations on a private party. This is reflected in the judgment of Defrenne v Sabena. It should also be noted that in Defrenne direct effect was upheld despite the lack of precise and developed terms in Article 157 TFEU.This not only loosened the Van Gend criteria but subsequently provided better access to justice for individuals in protecting their rights.

Regulations are legally defined acts found within Article 288 of the TFEU. The direct effect of regulations was confirmed in the case of Leonesio, farmers were able to rely on regulations against the Italian state providing them for compensation payments that had been delayed by the Italian government. From this we can deduce that the individual was enforcing the regulation against the Italian government and this is held to be vertically directly effective. The case of Munoz v Frumar Ltd later showed that regulations were also capable of being horizontally directly effective. The ECJ comments that ‘owing to their very nature and their place in the system of sources of Community law, regulations operate to confer rights on individuals which the national courts have a duty to protect’. We can conclude from this statement that regulations create obligations with no requirement for further implementation. Thus, individuals can expect to enforce their rights both against the state and other individuals, provided that the article of the regulation the individual relies on is sufficiently clear, precise and certain to be directly effective and this was affirmed in Franz Grad v Finanzamt Traunstein.

Another legal instrument that contributes to secondary legislation of the EU is directives. The position of the direct effect of directives has proven to be extremely controversial. The ECJ held that directives have direct effect. Two of the reasons arises from the case of Van Duyn: directives will serve to be more ‘functional’ if individuals can rely on them which in turn strengthens the efficacy of EU law. The second reason is textual since Article 267 TFEU permits courts to question EU measures to the ECJ and implies that such acts are invokable by individuals appearing in front of national courts. The final reason is derived from the case of Ratti and this outlines the condition that you can’t use a directive against the state if it has not been implemented yet. Controversies arise when you start to consider the very nature of a directive. Is it really protective of an individual’s rights? Some would argue that this is not the case. This is since, prior case law has revealed to us that directives have been aimed at the state, but this does not seem to include other individuals. AG Jacobs in the case of Nicole Vaneetveld v Le Foyer SAexpresses views on the lack of horizontal effect of a directive, ‘On the contrary, it might well be conducive to greater legal certainty, and to a more coherent system, if the provisions of a directive were held in appropriate circumstances to be directly enforceable against individuals’. Jacobs is implying that if a directive could have horizontal direct effect that this would provide for a more efficient system, one in which would create more protective layers upon individual’s rights.

It was in the case of Marshall v Southampton Health Authority that direct effect of a directive could only be relied on by individuals vertically, against the state and state bodies and not against individuals. Oddly, the ECJ in Marshalldeviated from its usual leniency. Robert Scarborough, a close observer of the case, offers his interpretation. ‘Much of the direct effect jurisprudence preceding Marshall suggested that the ECJ might have applied the direct effect doctrine to directives to the same extent that it covers provisions of the Treaty’. Robert is making a reference to the case of Defrenne. In this case, it was made possible for an instrument deriving from community law to place obligations on private individuals regardless of whether Member states were feeling indifferent at the time. So then is it not feasible to suggest that the ECJ extend this doctrine to include directives? Due to this lack of horizontal applicability individuals are left with less protection for their individual rights. For example, the Marshall case creates conditional rights depending on who the conflicting party is. If two female nurses were confronted with sex-related wage discrimination; according to Marshall the one who works under a state-run health authority has the right to bring an action whereas the one who works for a private one would not be able to enforce her rights. This evidently shows an individual’s protection, or the lack thereof, when it comes to the direct effect of directives.

Conversely, others will seek to defend the doctrine of direct effect and will put forth an argument of why it is in fact protective of individual’s rights. One argument of many will be that from the ruling in the case of Foster and Other v British Gas plc. This case helped to dampen the impact of the lack of horizontal direct effect and did this by aiding people with a broad definition of the state. There were a list of bodies to be included in the state, including local authorities, health authorities, universities etc. This directly confers more benefits on individuals, more specifically workers. This is because more commercial organisations and enterprises will be referred to as emanations of the state and workers can insist that their employers comply with provisions of a directive. This offers to employees and workers a somewhat direct remedy which they did not possess before. Von Colson,a case also consistent with the effectiveness of the direct effect of directives. The ECJ in Von Colson established that national courts, as being part of the state, were required to interpret domestic legislation by reading it in accordance of the directives aim and purpose. In this case so it could provide for a more useful, more effective remedy. An Advocate General referenced Von Colson in the case of Vessoso v Zanetti and commented that, ‘the rule of interpretation (from Von Colson) may thus have the result that obligations may arise and be enforceable in civil proceedings between private parties’. The AG is discussing the near possibility of bringing an action not only against a state employer but even another individual. The Von Colson case concluded a directive which was incompetently implemented and sought action against a state employer. Howbeit, the cases that followed shortly after that this same action could even be brought against the like of another individual. The Marleasing case is reflective of this very stance – the judgment of which affirmed that an unimplemented directive could be relied on to influence the interpretation of domestic legislation between private individuals/parties.

All in all, prior case law has revealed that an individual’s protection has been accounted for under EU Law and is evidently more effective through the principle of direct effect. More now than it ever could be. Indeed the doctrine of direct effect applies to both Treaty Articles and Regulations so long as the Van Gen den Loos criteria are met. In this time the criteria was reworked and loosened and so gave both the courts and individuals a certain degree of manoeuvrability. If the judicial focus had not shifted from Treaty Articles and Regulations, then we could legitimately have asked whether it had created a coherent picture in terms of the doctrines effectiveness on the protections of individuals rights. Nevertheless, many incoherencies were produced, more specifically when it comes to directives. Although the ECJ has developed a number of doctrinal tools or devices in an attempt to reduce the impact of their decision to deny horizontal direct effect, it has unintentionally produced mass controversy and complexities. One of these doctrinal devices is one of state liability. This is used as a last resort and allows the individual to sue a member state in damages. What I can’t seem to grasp however, is why an individual would choose this type of remedy as oppose to the one of enforcing EU law. This doesn’t present real justice and according to S Prechal, a Dutch Judge, ‘is a sort of residual remedy…a second rank alternative‘ to direct/indirect effect. Hence why I conclude that the doctrine of direct effect is effective of the protection of individuals rights but at the risk of being incredibly difficult to understand and creating great legal uncertainty. Which was avoidable 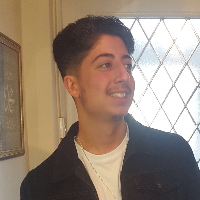 I am an postgraduate with a LLB Single Honours law degree. My intentio...